Programs Behind the Scenes

RUTA, LLC. (DMC and Tour Operator) is committed to provide the most exclusive and unique programs to its guests that will allow them a deeper exposure to everyday life in Hungary than mass-market tours and coordinate programs or arrange access to events and locations that they would have difficulty finding or booking themselves.

Music is a critical part of the Hungarian cultural life. Our guests will experience music – besides attending concerts at large music venues – during our exclusive private programs arranged in friendly and intimate settings.

The three enthusiastic musicians have been entertaining our guests with great success for years. Beyond music appreciation, information about the geographical region of where the music comes from will be provided and the unique instruments used, many of them for hundreds of years, will also be explained.

The group plays music from the historical region of “Greater Hungary” (before end WW1). Gyimes is a region that once bordered the Austro-Hungarian Monarchy on the east and today it is part of Romania. Moldva is also in Romania, close to Gyimes, but behind the Carpathian mountains. The three members visited these regions many times and learned to play the music from local musicians. They collected songs, music and instruments, obtained a lot of experience and the found materials became later part of the collection of Hungarian Scientific Institutions. The three musicians joined together and established SZITA Ensemble in 2009.

Gabriella Tintér is a folk musician, folk singer and folk music teacher. She is teaching at several music institutions and is a member of several folk music ensembles. Her mission is to spread our folk heritage among youngsters and to teach them to sing the traditional melodies at schools, in summer camps and courses. She has also represented Hungary on several international folk song festivals with great success and published her CD in 2011.

Ferenc Ladányi is a folk music teacher by profession. He has been playing the Melodies from Gyimes and Moldva since 1985, joined a band called Tatros in 1989 as a musician and art director. Plays the recorder, tilinko, kaval and gordon.

Gyula Horváth started to play „Gyimes” music in 1986 and continued with „Moldva” melodies in the following years. His main music instrument is Koboz. The “koboz” back then was not known in Hungary so it became Gyula Horvath’s mission to collect and note all its specialties. Later he became the author of the collection “Playing on the koboz”. Today he teaches children and adults to play the authentic Gyimes and Moldva music, while he also plays in a variety of music bands.

Interactive lecture at the Museum of Music History

This wonderful museum is situated in a beautiful mid-18th century Baroque Palace in the Castle district of Buda. During this beloved program our local expert explains the history of music through exhibitions, recitals and concerts. The emphasis is on Hungarian music which is rich in folk traditions and the lecture covers a wide spectrum of genres from the rhapsodies of Liszt and the compositions of Bartók and Kodály to Hungarian gipsy music. Our enthusiastic professor will not only explain but also demonstrate music on the instruments exhibited. Our visit is crowned by a private concert of young talented musicians from the Franz Liszt academy of Budapest.

Our private cooking class, run by a chef of a well-known Hungarian restaurant, gives you an in-depth experience of Hungarian cuisine and an insight into authentic family-life. You will be invited into the home of the chef and his family, where you can prepare your meal based on a step-by-step recipe and advise of the Chef. You will be offered refreshing drinks accompanied by interesting stories and some tasting of wines or pálinka will encourage you in your cooking. After cooking we eat the meals together and informally explore Hungarian culture, folklore and customs and traditions. No cooking skills are required.

Why not start the cooking with an introduction tour in one of the beloved Market Halls of Budapest? Take an advantage of having a private chef with you and buy your ingredients yourself ! 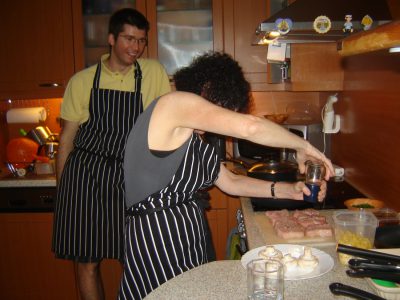 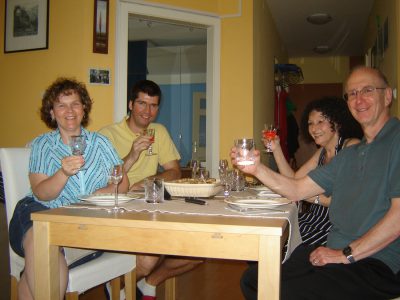 Interactive visit to the Communist past

One of our unique lectures takes place in the Memento Park. Our university professor will introduce you to this dark part of Hungarian history with a short lecture at the movie theatre of the Park. The stories then continue in the various areas of the park where you will learn about how Hungarians lived during the Communist era and how this history intersects with present day Hungary. During the walk the lecturer through historical anecdotes and his own personal experiences will help you understand the past and present effects of Communism.

Memento Park is an open-air museum, dedicated to monuments, statues and sculpted plaques from Hungary’s Communist period (1949–1989).
After the fall of the Communist regime in Hungary in 1989, many of the Communist statues and monuments were immediately removed. These formed the basis for the current collection of statues in the park. There are 42 pieces of art displayed from the Communist era (between 1945 and 1989), including allegorical monuments of “Hungarian-Soviet Friendship” and “Liberation”, as well as statues of famous personalities from the labor movement, soldiers of the Red Army and other gigantic pieces: Lenin, Marx, Engels, Dimitrov, Captain Ostapenko, Béla Kun and other “heroes” of the communist world. A favourite with visitors is the statue of the Liberation Army Soldier. A hammer-and-sickle flag in its hand and a cartridge-disc machine pistol hanging in its neck make the statue complete. This 6 meter tall statue of the evil-eyed Soviet soldier once stood on the top of Gellért Hill in central Budapest, well-seen from every direction.

When facing it, the main entrance bears the image of a monumental classicist building. Looking behind it, though, it resembles a 12 meter high propped-up communist scenery display, a perfect introduction into the nature of dictatorship.

The words of architect Ákos Eleőd, the conceptual designer of Memento Park serve as its motto: “This Park is about dictatorship. And at the same time, because it can be talked about, described and built up, this Park is about democracy. After all, only democracy can provide an opportunity to think freely about dictatorship. Or about democracy, come to that! Or about anything!”

Enjoy the day in the small town of Ócsa, where the protected 13th century church, dozens of ancient wine cellars, village museum and village center reflect traditional rural life. Meet our friend-hostess, Ágnes Papp, who fell in love with this area many years ago and has been the director of the Open Air Museum for almost 20 years. Enjoy her warm-hearted welcome in which she receives you as her guests. As a start she will teach you the tricks of preparing a traditional gulyas soup and while waiting for the delicious meal to finish cooking you will visit the village museum to learn about rural life, architecture, lifestyles, clothing and arts. Continue on to explore the 13th century Calvinist church followed by the typical countryside home-made gulyas lunch and wine tasting on the Old Hill of Ócsa. We will finish the program with a small exhibition and practice of the crafts made by your hostess while learning and singing some local folk tunes.

This is one of our most unique and highly rated programs and our guests normally refer to it as the highlight of their tour.
Our guests are matched up with English speaking hosts (couples, families or single people) in Budapest for a two to three hour home visit to allow them an authentic experience in a traditional hungarian home. Normally there are three or four guests hosted per family, so the friendly and informal conversation can take any direction and depth. Everyday life, work, Hungarian politics, economy and sociology are all discussed depending on the interest and mood of the participants. Perhaps this is the best way to expose our guests to not only the country but also to the people who live there as well.